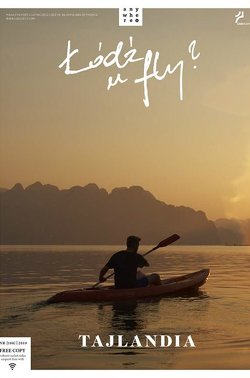 90th Birthday of the Lodz Airport

Adria Airways launched new flights to Amsterdam Airport and open an operating base at Lodz Airport.

OLT Express Airlines introduced new destinations: Wroclaw and Gdansk. Thanks to the new carrier domestic flights from Lodz Airport have been restored after a long disruption.

The fundation act of Terminal 3 was embedded to the ground of construction site.

Lodz Airport Board signed contract for the new Terminal No 3.

New parking lots were opened for use. 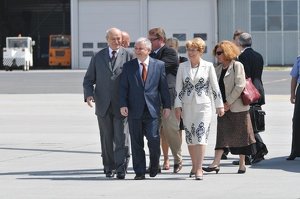 The apron was being reconstructed and extended. The beginning of construction works.

The new Airport Fire Brigade Station was opened for use.

The runway was extended in lenght up to 2600m and in width about 45 m.

The flights to Warsaw were restored again after the break.

Special bus line "L" was set to connect the airport with the Rail Station "Łódź Fabryczna". 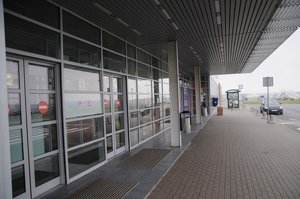 The new provisional Terminal No 2 with annual capacity of 500 000 pax was opened.

The apron was extended as well as the runway up to 2100m.

First international flight from Lodz to Munich was launched. It was operated by the EAE.

The Instrument Landing System was installed.

The regular flight connection Łódź-Warsaw was restored for a short time, then those flights were stopped and then brought back on the 7th of May, 2001.

The Airport Fire Brigade was set up.

First modernization works were launched and the airport restored the so called: small passenger’s operations. 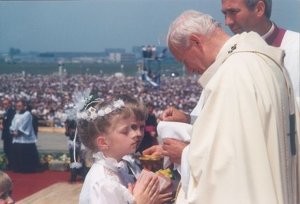 During his III Apostolic Visit in Poland, John Paul II celebrated the solemn Mass on the airport’s apron.

Regular flights were cancelled, since then at Lodz Lublinek Airport only sport and private operations took place.

Airport was being developed for military purposes, the new runway was 1200m long.

First regular flights to Warsaw and Poznan, then to Lvov and Vilinius were launched. 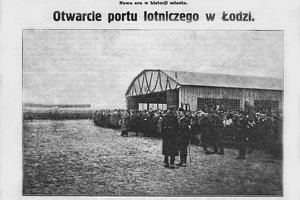 Lodz Airport is seeing an increase in passenger traffic

For the second year in a row, Lodz Airport is seeing an increase in passenger traffic. In 2018, it was an increase of 5%, and in 2019 - as much as 11%. The improvement of statistics was influenced by a very good season of summer charters.

Santa Claus landed at the Lodz Airport. This is the third edition of the "Santa's Landing" charity event.

Ryanair increases flights from Lodz to London Stansted. From March 2020 there will be 7 flights a week connecting LCJ with UK capital city.